June 13, 2013
Unknown
0
Manchester City Football Club will play in their first ever Nike home kit next season – a kit that pays homage to their heritage and reflects the club’s modern style. 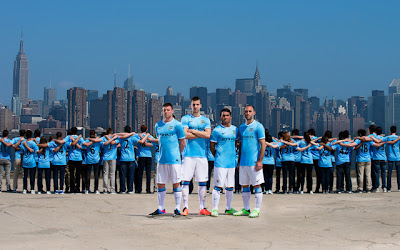 Manchester City revealed the kit against the backdrop of the dramatic Manhattan skyline at the start of their week-long New York Tour. A supporting cast of City fans from Manchester and the surrounding five boroughs performed the crowd dance craze known as the “Poznan” as City stars James Milner, Matija Nastasic, Carlos Tevez and Pablo Zabaleta showed off the 2013-14 home kit. 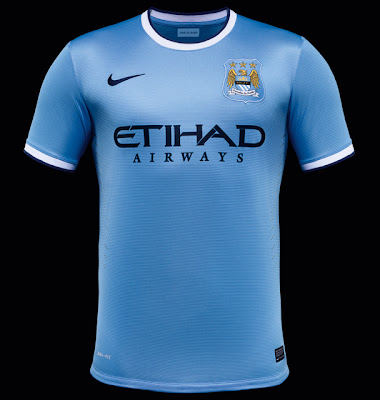 The new home shirt is a classic football design, and unmistakably Manchester City, featuring a sky blue body with a white ribbed crew neck and white ribbed cuffs on the sleeves. The collar and cuffs also feature dark blue trim to represent the color of the socks City wore as a part of one of their first ever kits in 1892. The Manchester City club crest is placed inside a shield shape on the new jersey. This is inspired by the city of Manchester’s coat of arms, which City used as their own club crest for special occasions including the 1956 FA Cup final. Inside the neck is a bonded woven label featuring “Pride in Battle, the translation of the Latin phrase “Superbia in Proelio.” 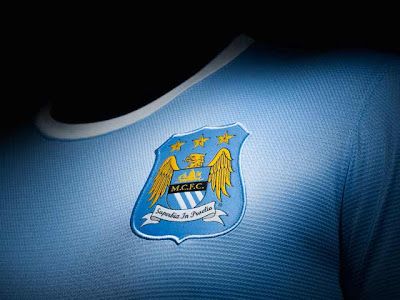 The new home shorts are white with a thin sky blue stripe along each side, and the socks are white with a sky blue band with dark blue trim at the top to represent the socks the club wore for more than half a century from 1892. Commenting on the new Partnership and New York Tour, Tom Glick, Chief Commercial & Operating Officer for Manchester City, said: “We are delighted to join forces with Nike. Having them as our new Technical Kit Partner demonstrates City’s growing global appeal, and we look forward to working alongside Nike to build and engage our fan base around the world. Nike’s extensive distribution networks will ensure the Club’s presence in markets stretching from Africa, Europe, Asia and the Americas and that our fans everywhere can find a wear a City shirt. We are also pleased to unveil our new look during our matches in New York and St. Louis this week. This is our third visit to the USA in the last three years, and we enjoy a fantastic following here. It’s an exciting time for soccer in the States, and we are big believers in its future. Passion for the game from fans and participants is strong and growing, and we look forward to playing a part in its on-going development.” 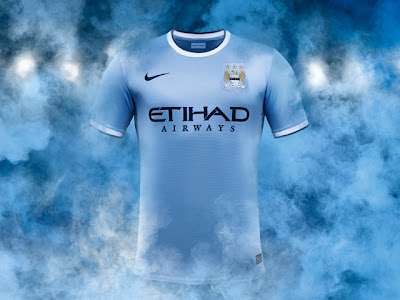 The kit showcases Nike’s belief in style, craft and strong aesthetics, while aiding the performance of players with key technological features. The kit is made from recycled polyester in accord with Nike’s commitment to produce athletic wear with a low environmental impact. The shirt and shorts of each kit are made from up to thirteen recycled plastic water bottles. In the pioneering process plastic bottles are melted down to form yarn that is spun into recycled polyester, reducing energy consumption by up to 30 percent compared to manufacturing virgin polyester. Since 2010, Nike has diverted more than 1.1 billion plastic bottles from landfills through the use of recycled polyester. The kit is made of fabric weighing just 150 grams, 23 percent lighter than previous Nike kits. It also boasts a 20 percent stronger knit structure and significantly improved stretch. The fabric is integrated with Nike Dri-FIT technology to draw sweat away from the body to keep players cool and dry. 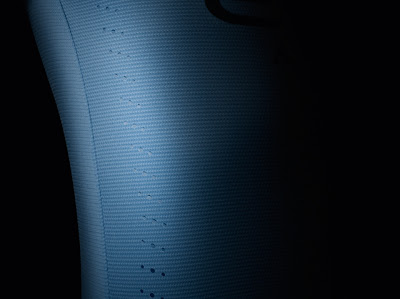 Updated and improved ventilation zones consisting of tiny laser-cut holes on both sides and across the entire back of the shirt, as well as at the shorts’ waistband allows more air inside the kit for additional comfort and cooling. To aid fit and construction the jersey has been crafted with bonded T-bars at the junctions of the shirts to support the seams and inner welded seams with a clean finish to give a more striking appearance while also increasing comfort and performance. 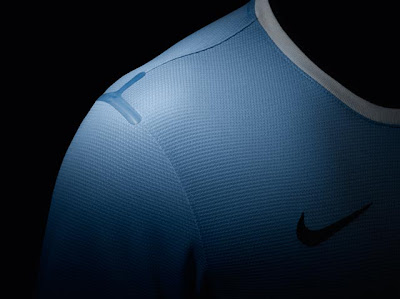