June 11, 2013
Unknown
0
To mark his recent announcement to retire from professional football, David Beckham and adidas have produced a unique pair of boots celebrating his illustrious playing career. 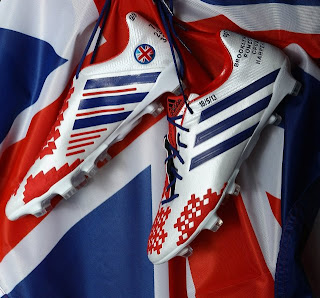 The David Beckham has been the face of the Predator range for most of his career and his last colourway will feature on the latest incarnation, the Predator LZ II. 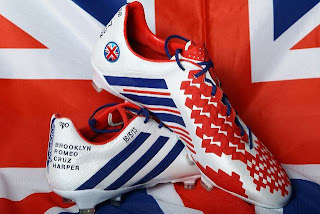 Beckham’s last pair of boot were customized using www.miadidas.com – the second pair of custom boots Beckham has worn that will not be an official colourway. Beckham has been wearing the synonymous range of adidas footwear since 1996 when he scored his famous goal against Wimbledon from the half way line. 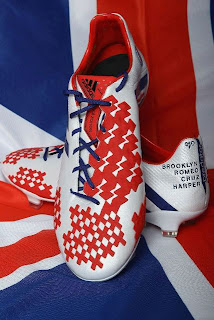 Emboldened by the red, white & blue colours and the union flag of Great Britain, Beckham’s love for his country is the main inspiration for the design. 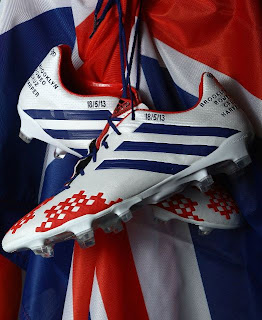 Every aspect of the boot has David’s personal touch. As with all his boots the love for his family is ever present, featuring the initials of his wife Victoria and the names of his four children: Brooklyn; Romeo; Cruz and Harper. The boot also includes the shirts numbers from David’s playing career: 7, 23 and 32. 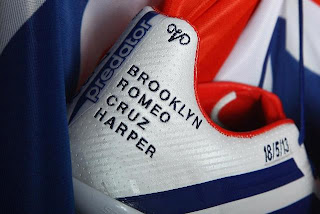 Commenting on his boots, David Beckham said: “This is truly a special moment for me and I’m happy that my longest serving partner, adidas was able to work with me to commemorate the moment. What I really wanted to come across was the passion I had playing for my country and the pride that gave me.” 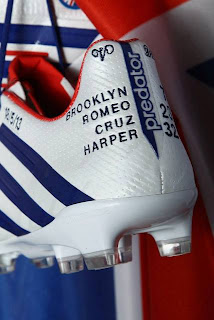