March 16, 2013
Unknown
0
Leo Messi cements his place in adidas history with his own signature product collection 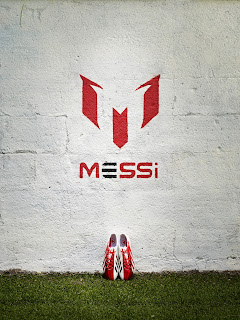 Herzogenaurach, Barcelona – 21st February 2013 – adidas are bringing you even closer to Leo Messi with the new signature adizero™ f50 Messi boot, inspired by the player himself. 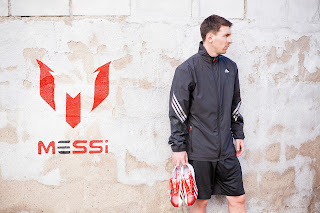 As the world’s best footballer, Leo Messi continues to break records and win international accolades. A fearless player, agile and lightning quick, he rides challenges and has one ultimate aim on the pitch; to create and score goals for his team. Now fans can take a step closer to their hero with the adizero™ f50 Messi, part of the new Messi Collection range of boots and apparel. 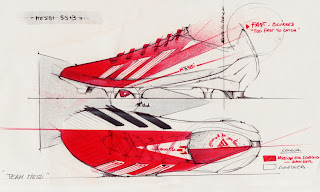 adizero™ f50 Messi The design is intended to reflect Messi’s footballing philosophy and includes the Messi signature logo that was unveiled in 2012. The boot colour scheme is a mix of red and white – red being Messi’s favourite colour and picked to represent the danger he poses on the pitch as well as his burning desire for the game. The clean white frame of the boot symbolises lightness, with speed-inspired graphics demonstrating his pace. A single red stud on the sole plate in amongst 10 white studs represents Messi alongside his teammates and how he sees himself as being only as strong as the team around him. 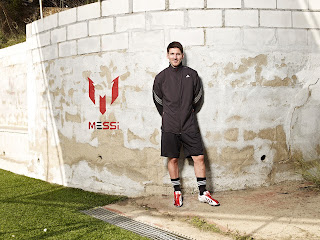 Messi has been heavily involved in the development of the boot and the product itself has gone through 10 major testing rounds. With his natural movements on-pitch analysed and the boot shaped around these, Messi has been involved in every aspect of the development of the boot. The new adizero™ f50 Messi combines revolutionary technologies and precision engineering with every aspect of the boot design based around making the wearer as fast as possible on the football field. At only 165g, the adizero™ f50 Messi is one of the lightest shoes on the market. 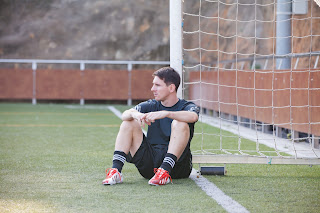 The Sprintskin is a 1.5mm thick layer made from DUALMAX synthetic with exclusive leather grain optic that allows the boot to be lightweight whilst maintaining a natural feeling between boot and ball, tailored for Messi’s needs. Sprintweb is the 3D printed texture on the surface of the boot that allows for exceptional ball control at speed and also provides the supple but stable construction. The final layer of boot construction is the Sprintframe, a strong but lightweight lower section that offers players a perfectly balanced boot. 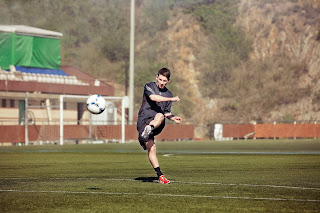 Andreas Konrads, Senior Product Manager, adidas Football said: “It was a big challenge but a very exciting honour. To have your own product line is almost like joining the ‘adidas Hall of Fame’ and it is an acknowledgment reserved for our best assets. Signature Ranges are designed to connect the athlete to the consumer and bring them closer together; and in this case with Leo, I believe we have achieved this. We’ll continue to work closely with Leo and develop more insights into his personality and playing style. Each time we meet up with him more creative sparks ignite and ideas come to life. We will continue to push boundaries to remain at the forefront, just like Leo.” The creation of a personalised adidas range is a rare accolade, with Messi joining a very small group of adidas athletes to have ever received this honour, including David Beckham and Derrick Rose. The best football player in the world is now coupled with his own signature range of the fastest boot in the world. 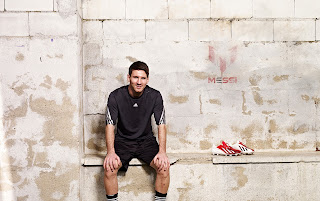 Leo Messi will debut his exclusive signature boot on-pitch in Spring 2013. The boot will be available in-store from Friday 1st March. However the boot can be bought first on www.adidas.com/messi-collection from February 21st. For further information please visit adidas.com/football or go to facebook.com/adidasfootball or @adidasfootball on twitter to join the conversation.
di March 16, 2013
Email ThisBlogThis!Share to TwitterShare to FacebookShare to Pinterest
Label: 2012-13, Adidas, Adidas Boots, Adizero, Boots, Lionel Messi
Newer Post Older Post