December 24, 2012
Unknown
0
With the 2014 Fifa World Cup less than 2 years away, Adidas, official ball supplier of the World Cup have unveiled the name and design of the official match ball for the FIFA Confederations Cup Brazil 2013. Three symbols of Brazilian culture: Carnival, Football, and Samba have been combined to create the adidas Cafusa. 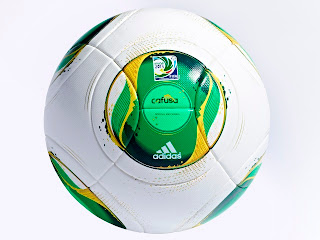 Created by the same product team who designed the hugely successful Tango 12, the adidas Cafusa combines proven high performance technology with a locally relevant aesthetic. The name and vibrant colour scheme reflects the national identity with a particular focus the on “Southern Cross” constellation represented in the Brazilian flag. 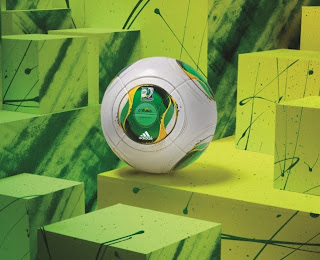 “Unveiling the Official Ball of FIFA Confederations Cup Brazil 2013 is a big moment for us. Brazilians are passionate about football and we wanted to deliver an inspirational ball for this competition, which serves as an example of joy for such a huge event such as the 2014 FIFA World Cup Brazil™. We are very pleased with the adidas Cafusa, the final product has strong Brazilian elements in place throughout the design,” said Rodrigo Messias, Director of the Project 2014 FIFA World Cup Brazil™. 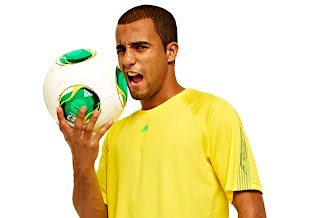 To showcase the new football to all Brazilians there will be an exhibition of 10 giant balls, each two meters in diameter, which will travel across the country until the end of June 2013. The balls will begin their journey in São Paulo and Rio de Janeiro before heading on to the other host cities of the FIFA Confederations Cup 2013 – Recife, Fortaleza, Salvador, Brasília and Belo Horizonte. 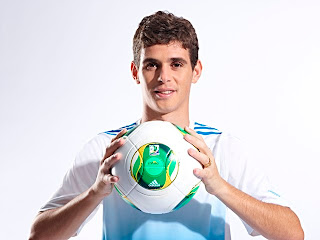 The adidas Cafusa has already pitches as it is being used at the FIFA Club World Cup in Japan which finishes on December 16th.
di December 24, 2012
Email ThisBlogThis!Share to TwitterShare to FacebookShare to Pinterest
Label: 2013-14, Adidas, Ball, World Cup 2014
Newer Post Older Post