September 28, 2012
Unknown
0
With the release of their new winter boot collection, Nike have also revealed that All Conditions Control is now available across all Nike boots including Mercurial Vapor VIII, Tiempo Legend IV, CTR360 Maestri III and Total 90 Laser IV. 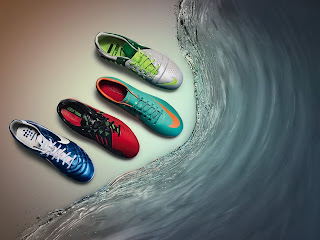 Nike All Conditions Control (ACC) technology allows the boot’s surface to maintain the same level of friction, touch and control on the ball in wet and dry conditions. The ACC technology is created by a special treatment during the development of the upper materials to deliver a consistent feel on the ball at all times. 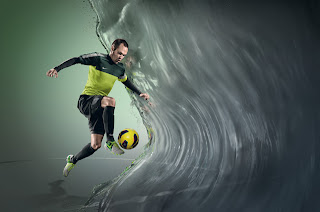 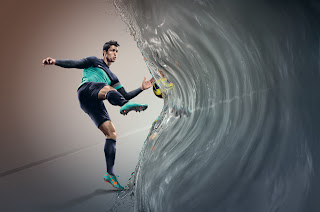 Wherever football is played, weather plays its part: In London alone, during the season an average of 125 days will experience some rainfall, making receiving and passing a ball tricky for even the best players. Nike’s All Conditions Control (ACC) ensures the surface of the boot upper delivers consistent friction between boot and ball in wet weather conditions allowing the player an assured touch similar to the feel of the ball in dry conditions. 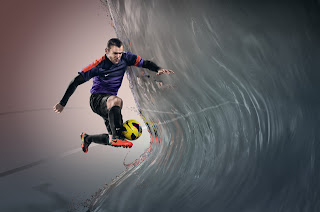 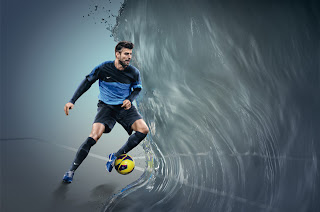 The need for consistent touch and feel on the ball in wet weather is an insight shared by many footballers Nike’s design teams talked to, including the likes of Andrés Iniesta
di September 28, 2012
Email ThisBlogThis!Share to TwitterShare to FacebookShare to Pinterest
Label: 2012-13, Boots, CTR360, Mercurial, Nike, Nike Boots, T90, Tiempo Legend
Newer Post Older Post