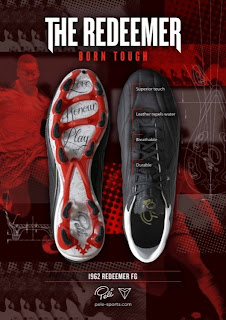 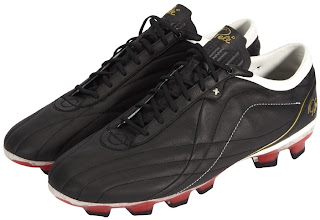 Pele Sports are pushing the boundaries of innovation and design with their boots and the Trinity is one of the most unique boots on the market. 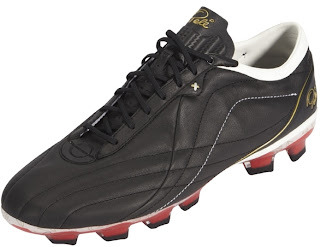 Now Pele Sports have introduced the 1962 Redeemer – another innovative step forward. The new Redeemer was developed with the help of Pele himself – who was key in the inspiration and development process of the boot. 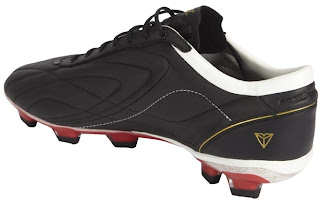 The new Redeemer has been released with four options – a soft ground, firm ground, hard ground and artificial turf version. A calfskin upper with a stitched, reinforced toe for added durability is on the SG, FG and HG version while the artificial turf boots have a unique abrasion resistant material in the front of the boot while the heel and mid-foot is calf leather. 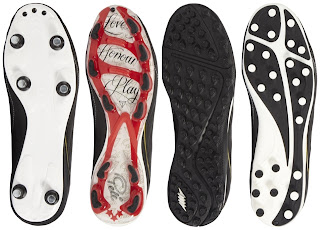 The Redeemer, a boot designed with pressure dissipation channels for the best possible absorption and dilution of force. The boot is equipped with an EVA mid-sole for improved shock absorption, and features a multi density TPU outsole for optimal traction. The anatomical flex zones, internal heel stabilizer and padded lining ensure optimum comfort. 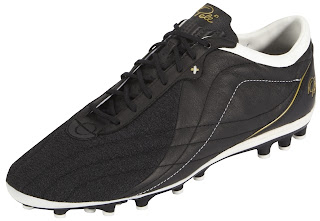 The 1962 Redeemer has been released by Pele Sports with the catch phrase ‘Born tough’. Pele Sports are hoping to move on from the durability issues with the Trinity and have work hard to make a boot that can withstand the rigours of top flight football. Pele Sports are not known for their outlandish, eye-catching colourways and the new Redeemer has been released in pretty classy yet standard a Black/White/Red colourway.
di July 31, 2012
Email ThisBlogThis!Share to TwitterShare to FacebookShare to Pinterest
Label: 2012-13, Boots, Other Boots, Pele Sport, Pele Sport Boots
Newer Post Older Post