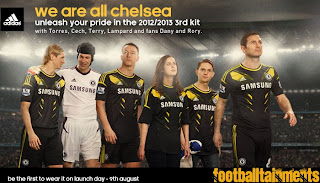 Adidas unveiled the new third kit for Champions League and FA Cup winner Chelsea ahead of the 2012/13 football season. The kit, designed by adidas, is a striking combination of flaming ‘sun’ yellow and black ensuring that Chelsea stand out on the pitch in the style stakes as well as with their football prowess. 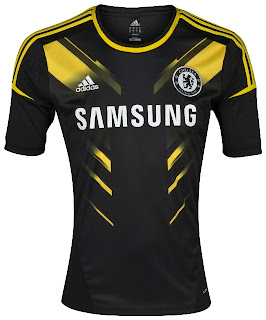 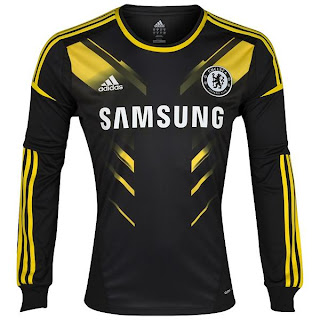 The kit also includes the iconic adidas three stripe detail through the arms and a strong fading graphic to the façade of the chest. The sun yellow colour may look familiar as it has adorned many Chelsea kits since the 1960s but looks more striking than ever in this modern and sharp design. 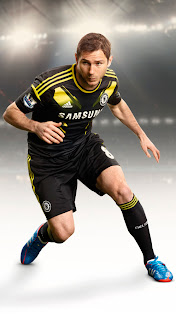 The striking sun graphic on the front of the black shirt creates a contrast in colours, giving the impression of power, while the fade in the graphic represents speed. The Chelsea badge is black and white and stands out against the sun graphic. 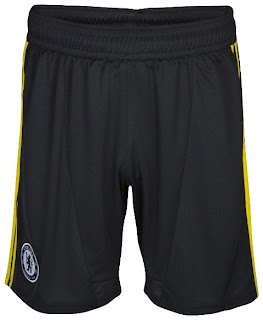 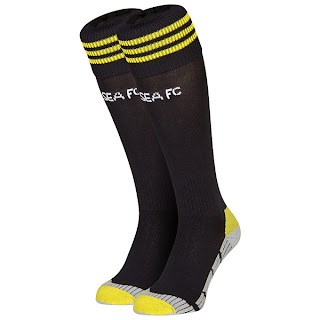 The shirts also feature adidas ClimaCool™ technology, a mixture of heat and moisture controlling materials, ventilation channels and 3D fabrics which improve air flow to the skin in the key heat zones. Sun coloured mesh panel also feature on the sleeves of the shirt for better breathability in core sweat zones. 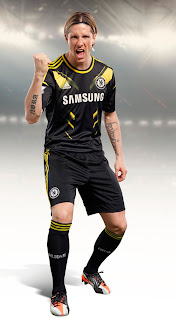