A Celtic home jersey traditionally has seven unbroken Hoops. This season, there are nine thinner hoops, linking back to the nine consecutive Scottish league titles Celtic won between 1965 and 1974. It is a record that has never been broken. 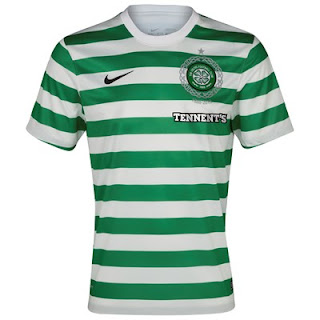 The jerseys have an anniversary crest, celebrating the Club’s 125th anniversary. The pattern around the crest is Celtic knot-work. This kind of design again ties back to the Celtic origins of the Club. 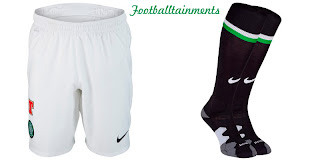 The 2012/13 season is set to be an extraordinary one, as Celtic Football Club, founded in 1888 will be celebrating its 125th anniversary. Nike has created special kits for this anniversary.

The away jersey is a modern classic, inspired by the club´s proud history. The jersey focuses on a contemporary design – it stays true to Celtic’s roots and is hooped, but in a more tonal way. 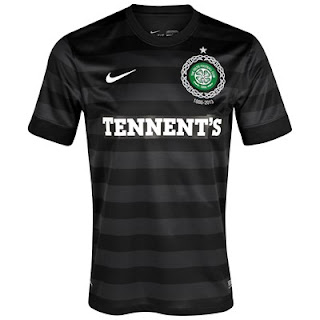 The hoops are coloured anthracite with black, giving the jersey a very contemporary and sophisticated look. The club crest is surrounded by a Celtic-knot work. The club’s Irish heritage is reflected with green, white and gold colour accenting on the sleeves and the socks which reflect Celtic’s strong Irish roots. 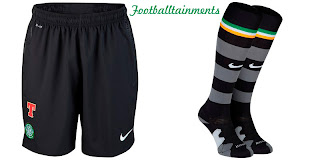 Steve Annand, Commercial Managing Director for Tennent Caledonian Breweries, said: “As main club sponsor, with an almost 40-year association with Scottish football, we were proud to play our part in the development of the new home shirt and feel this new away kit will be another winner with the fans.

New Celtic Training Range 2012-2013 “We look forward to working with the club and the fans to mark Celtic’s 125th season, a great milestone in the club’s history.” 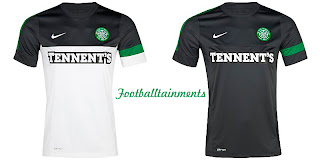 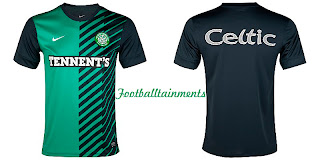